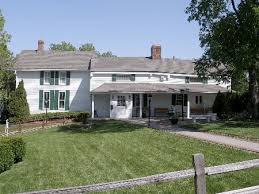 When we flew back from New Orleans to Kansas City Airport last month we arrived early afternoon – and were hungry, having skipped lunch. We were too early to have dinner at the Justus Drugstore in Smithville, Mo. – a destination-dining spot in an old 1960’s-style pharmacy  which I’ve always wanted to try – north of the airport. But we had perfect timing for Stroud’s in North Kansas City, just off I-35. On a Sunday at 4 p.m. it was relatively easy to get a table before the dinner onslaught and we had a lovely table in the back room in front of big picture windows overlooking a classic autumn scene – swans gliding on a small lake surrounded by trees with yellow and orange leaves. The food was great too – a chicken dinner for two was really two nights of dinners and a breakfast. We had a second helping of fried chicken and mashed potatoes the next night and ate the cinnamon rolls the next morning for breakfast. The chicken was delicious – crisp, flavorful, not greasy and hot; the mashed potatoes and thick gravy good; excellent service- even at the end of the meal our server brought more gravy so we could take it home with our other leftovers. We hadn’t been to this particular Stroud’s – in a pretty 1800’s white farmhouse and log cabin called “Oak Ridge Manor” – for years, preferring instead the old roadhouse Stroud’s further south in Kansas City but that one was closed, sadly, to make way for an expanded highway, so this new one is fine. There’s also a new one in the the K.C. suburb of Fairway and in Wichita. Good to know!