Fun to see WuShock (above) – the world’s weirdest college team mascot – in the news WuShock in the New York Times and even better to see Wichita State in the N.C.A.A. basketball tournament. I know I’m supposed to be rooting for an Iowa team or U of Kansas (this IS a Jayhawks household) but my heart is with underdog Wichita State, which gets scant recognition compared to powerhouses like Kansas and Iowa, and with WuShock (for the record: a shock – or bundled pile – of wheat that looks like, um, a demented version of the Wizard of Oz’s scarecrow (below). 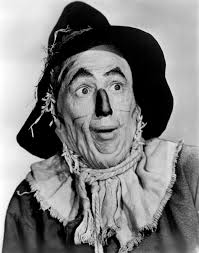 Must say I was impressed with the Best Western north of Wichita this time – more so than the last two. They seem to have bought new mattresses and a new chef who has improved the breakfasts. Nothing fancy but works well for our big crowd/family reunion.

I did sneak out for a few hours to show our Israeli visitor, who is living with us for a few weeks, downtown Wichita and we stopped for a milkshake at the quintessential soda fountain at the original NuWay – very American, very friendly place. She appreciated. Today, we went with a small group of relatives to Saigon Market, my favorite Vietnamese restaurant in Wichita – which is saying a lot since there are several. Good service, food, ambiance. And we did pick up some Gates BBQ ribs “packed to travel” on the way home – so we’ll have a ready made dinner tomorrow. The weather was strange in Wichita – usually it’s so hot you don’t want to step outside the hotel. This time, it was cool and this morning almost cold, with rain.

I like contemporary art that rifs off of contemporary life (isn’t that what it should do?) so I’m intrigued by an upcoming show at Grinnell College’s excellent Faulconer Gallery  “Stocked Contemporary Art from the Grocery Aisles” that features art inspired by “shopping carts, candy wrappers, grocery lists, paper bags, milk bottles and cereal boxes – ordinary often overlooked items” that emerge as “objects for artistic investigation. The show runs from Sept. 20 to Dec. 15, 2013 and will give me another excuse to dine at the excellent Prairie Canary restaurant on Main Street. The show also has connections to Wichita, where I lived long ago. It was organized by Wichita State University’s Ulrich Museum.

After barreling down interstate 35 for six hours, much of the time in the dark and rain, we made it to Wichita at about midnight. Did I really live there? It seems another life, another person, another time. And it was 1987. Wichita had some surprises then and it has them now, little pockets of coolness that a come as a pleasant surprise. The Delano district, a five-or-so block stretch of west Douglas, west of the Arkansas river (that’s pronounced aR-Kansas river I quickly learned when I moved to Kansas from connecticut, and don’t you forget it) wasn’t mUch during the late 80s, sort of a poor man’s downtown with nuts and bolts shops, the carpet shop, the auto body shop. There were always a few interesting places that are still there like Hat man jack’s, a great hat store (where I bought a floppy hat for our Peru trip) and the original Nuway, a loose meat sandwich shop. Now there are lots of restaurants,belittle boutiques, bakeries, tattoo parlours. Among our favorites:

We also stopped briefly at the old town farmers market downtown where a bluegrass string band planned near the cold ales Keen Kutter building, now a hotel. We picked up some succulent plants for a song, at a stand run by a nice transsexual woman,drank some good cherry lime made, entered a raffle for a quilt run by deaf Kansas. On the way back we hope to try a Vietnamese-Cajun restaurant we just read about in the nytimestravel section. Surprise!

From Wright,Ks. back to Des Moines

No weather problems this time – and smooth sailing the entire nine hours, for which we were grateful, especially given what friends and family are dealing with on the East Coast. We stopped in the slowly reviving town of Greensburg – which was devastated by a tornado several years ago – at a hip looking coffee shop, then onto Wichita where we opted for our favorite Vietnamese restaurant, Saigon, which was packed and has the world’s fastest service, and pleasant service, and mighty good Bun (all around us people seemed to be ordering what N and I ordered #45  Bun – noodles, shredded lettuce – with char-broiled pork and a fried spring roll. We stopped at N&J, our favorite middle eastern place, to pick up some humus and homemade chips and one, just one, piece of baklava, to bring home. In Kansas City, we dropped by Gates to pick up ribs to take home for dinner. Yes, it’s all about the food. Good to be back here, although it’s at least 20 degrees colder and a lot snowier than Kansas.