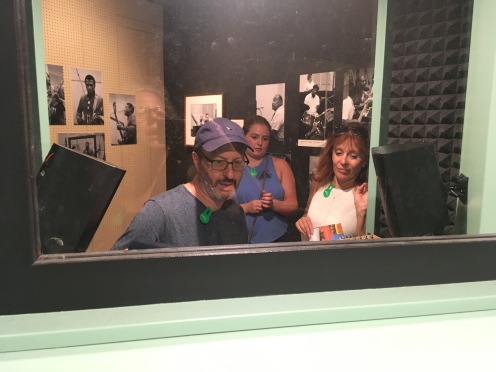 Back on the megabus/windstar bus and so far so good despite some initial chaos at the bus stop when crowds of riders were trying to figure out which of several buses were theirs. 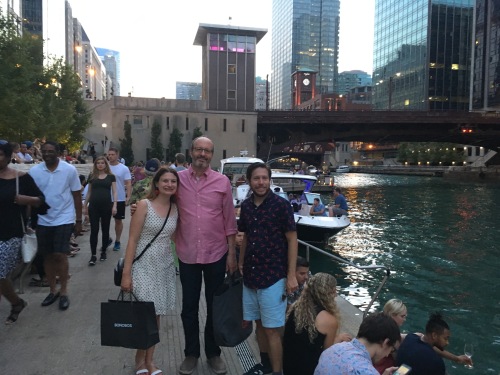 We ended up at the Chicago history museum yesterday- we were eager to beat the heat and opted against the Singer Sargent  show at the Art Institute for fear it would be too crowded and close to the lollapalooza throngs. The museum had some cool things including a temporary exhibit on Chicago blues with fun interactive elements. We made our own record covers, sang karaoke on stage with Koko Taylor (who I saw live several times) and worked a sound engineer booth.  I learned that Crate and Barrel started in Chicago and had an early partnership with Marimekko, the Finnish textile design company that I learned more about in Helsinki. 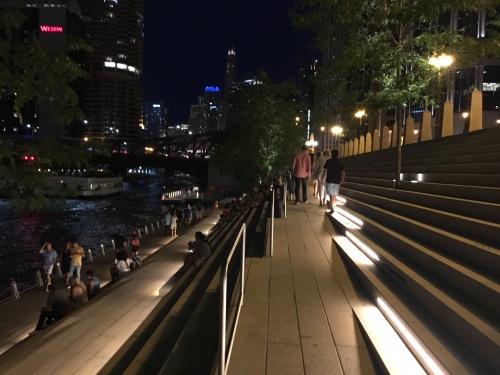 Dinner at Nonnina was enjoyed by all, which was a relief since ours can be a discerning crowd. Surprised by how packed it was at 6 pm on Saturday night. Excellent Italian. We walked along the new-ish river walk and were impressed by all the hubbub, people everywhere on and off the water,  at cafes, restaurants and  public spaces, hanging out on docked or moving boats. The city was all lit up at night and looked great. The one potential issue is all the private boat traffic. The river is pretty narrow and there seemed to be a lot of traffic from kayakers  to boat tours and public water taxis to fancy cruisers and little dinghies. Very democratic but chaotic.