Thinking back on our two week trip to Peru, there’s not much I would have done differently. Remarkably, all five of the hotels we stayed at were winners – and each distinctive; all the flights we took worked out (with only a few minor delays); some restaurants were better than others (which is to be expected) but none were awful; we liked all the cities/villages we visited a lot! So just a few lessons learned:

– It pays to book hotels early. We stayed at five great places – all reasonably priced (we averaged $70 a night), clean, attractive, unique. They were also full – so I am glad I booked them several months in advance, which wasn’t really a problem since there weren’t onerous cancellation penalties and I only had to pay in advance for one hotel.

The view from Second Home Peru, a Lima bed & breakfast in the arty Barranco neighborhood

–  It also was wise to make reservations early at several restaurants, especially the really popular ones in Cusco like Cicciolina and Limo (I was particularly glad with Limo that I requested a table with a view in the room overlooking the stunning Plaza des Armes. One woman who tried to sneak one of these tables was immediately shooed back to the rear room, without the view…). But several restaurants  – especially the more mediocre ones – didn’t require a reservation.

the lovely courtyard outside our room at the La Casa de Melgar, built in the 18th century in Arequipa (where we watched the U.S. Presidential Election.)

– I am very glad we did not rent a car. Peruvian drivers are very aggressive and the roads, especially in countryside like the Sacred Valley, weren’t the best. Hiring taxis and drivers was easy and pretty affordable. We even rode twice in a crazy contraption – sort of a rickshaw with a motorcycle underneath it called a mototaxi.  Wow was that a noisy and bumpy and fun (and yes, probably dangerous) ride. (And cheap – cost 2 soles or about 75 cents to go a few miles) 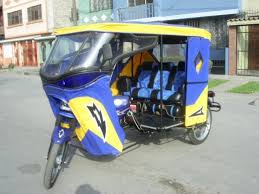 – Although I was tempted to add one more stop to our itinerary – the Amazon or Puno/Lake Titicaca – five places in 14 days was plenty, as was three domestic flights (lima-to-Arequipa; Arequipa-to-Cusco; Cusco-to-lima). The flights were pretty pricey too (about $175 per). We could have maybe stayed one less day in Ollantaytambo (we stayed four days) – but it was nice to dig in a bit and the Apu Lodge there was where we felt the most at home of all the places we stayed. I also think we may have largely avoided altitude sickness by hanging out for several days in the lower-altitude Sacred Valley.

– I think D and I each had a little altitude sicknesses, with symptoms like a headache and stomach upset but nothing debilitating. I did buy some coca leaves right after we landed in cusco and started chewing them – and I also drank several cups of coca tea and later Manzilla tea (chamomile). Who knows if these helped but maybe?

– Skip a meal or two. We aren’t used to eating big meals every night let alone for lunch and dinner – so after a few days we learned to either skip a meal or share an entree at dinner. One night, after a large lunch with a Peruvian friend, we just had a plain roll for dinner.  And that was just fine. Overall the food was excellent and varied – both the casual cafe/traditional Peruvian stuff and the fancier “novoandina” fusion fare.  Although I appreciated the inventiveness of the fusion food, I often preferred the simpler traditional Peruvian food (and my digestive system did too.) Favorite Peruvian food – Chicarrones (deep-fried but not battered pork chunks), aji de gallina (shredded chicken in a creamy orange sauce that we’re told was spicy walnut sauce but I never saw walnuts and some was spicier than others) and Chupe de camarones – buttery, bisque with seafood. I was less impressed with the tacu tacu (panfried rice and beans). big-kerneled, starchy Andean corn, and rocoto rellena (stuffed red peppers). Cuy (guinea pig) isn’t bad if well-disguised. Ditto alpaca. Lomo Saltado – an asian-tasting beef stir fry – is the grilled cheese of Peru (i.e. a pretty safe selection). Causa (mashed potatoes sculpted around seafood or chicken or vegetables) was a bit rich for my tastes…As far as drinks, Chica morada – a deep purple drink made of corn – was a mixed bag. I liked the less sweeter versions I tried. For beer, I preferred Cusquenia. And we had excellent Pisco Sours everywhere. I never did try Inka Cola – couldn’t get past the color (urine-yellow) or the description that it tastes like bubble gum. (I did buy some Inka cola t-shirts as gifts though.)

Dinner at the famous Astrid y Gaston in Lima