Finding my way around a place I used to live: Stamford 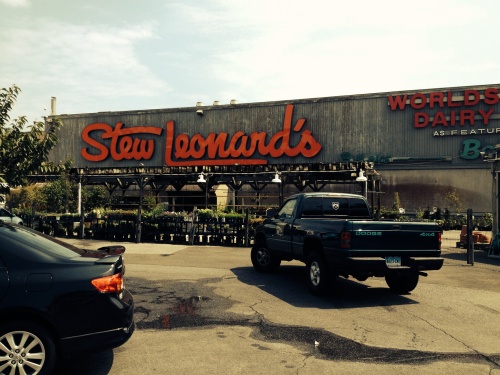 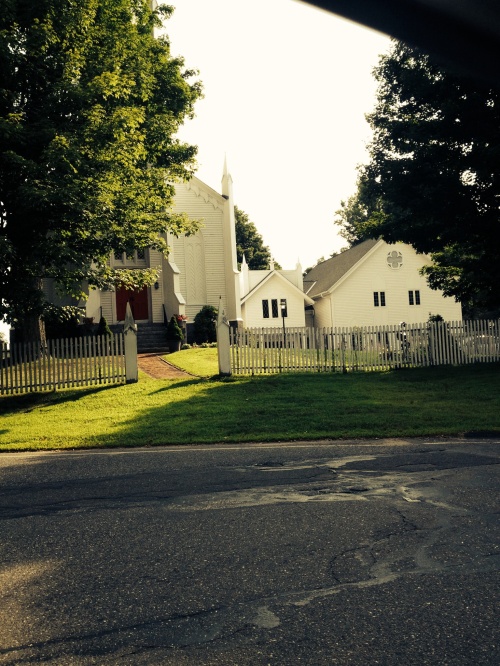 I easily found the house I lived in some 28 years ago, although it has clearly been restored to its former glory (before five 20-somethings, including me, rented it). There it was, all tarted up on Interlaken Road, just off High ridge Road and exit 35 of the Merritt Parkway. But I was soon lost in downtown Stamford, whose skyline has radically changed since my days as a reporter there. I never did find the Stamford Advocate. I am pretty sure it is not where it once was. Oh well. I moved onto to SoNo (south Norwalk) and it took me awhile to get my gap bearings there too although I finally remembered Washington street was the old heart of the renovated area! which has now spread beyond to several other blocks.

Fortunately Stew Leonard’s, the mega supermarket/ kids funhouse is much the same and the place still makes me smile with its kitschy Chuckie Cheese-like figures dotting the food displays. fortunately the food looks as good as ever and my suitcase is full of bagels, bialys and a Cronut or two (part croissant, part donut). oh and two cans of bumblebee tuna, which I can’t seem to find anymore in Iowa. Myra and I had a good lunch at Valencia lucheria, a taqueria  in Norwalk…I had an arepa with pork (sort of a deep I ate is called. it’s Venezuelan.

Work brought me to the central Connecticut city of New Britain but I arrived hungry and in a hurry after an early morning flight from Iowa. Looking for a place to grab a quick bite before a 2:30 pm meeting, I was prepared for something like Subway. Instead I got lucky and stumbled upon a terrific homey deli called Angelo’s where I had an excellent tuna sub, a safe and dull option given all the other good options (Stromboli sandwiches, loaves of bread slathered with pesto etc) but it did the trick.

In Monroe last night with BFF Myra and her lovely daughter Emma (shout out to Shane, are you reading?) We had a delicious meal on the patio of Tula...good sandwiches, pasta, salads, flat breads.) I had bucatini alla amitriana (sort of a red sauce version of carbonara with out the cream but with the bacon.)

The next night we picked up salads at Chefs Table in Fairfield and had primo seats, on the beach in Fairfield. Perfect night with old friends. 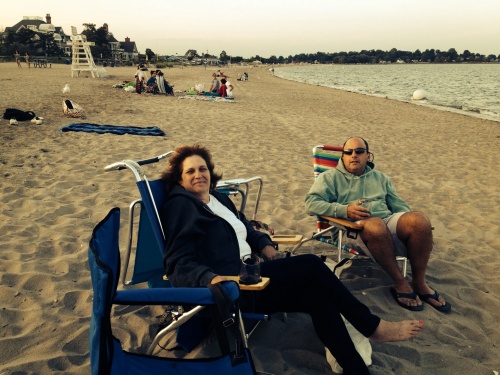 The connection between Cornwall, Connecticut and Hawaii’s Big Island: who knew?

In preparation for our upcoming trip to Hawaii, I’m reading Sarah Vowell’s book  Unfamiliar Fishes which traces the history of the U.S. annexation/Americanization of  Hawaii  in 1898, which began with the efforts of  New England missionaries in the 1820’s to Christianize the islanders.

To date, I’ve learned that some of the Yanks who arrived, full of Christian fervor, in 19th century Hawaii – first landing their boat on the Big Island’s western shore, where I will be landing in a plane in January –  had spent time in Cornwall, Connecticut, a sleepy little village in the state’s bucolic northwest corner where my husband and I happened to stop en route to the Berkshires in September.  Small world.

There’s even a plaque in  Cornwall marking the former grave site of  Hawaiian Henry Opukahaia – credited with helping bring the Yankee missionaries to his homeland – who was originally buried there in 1818.  An orphan, he found his way to New Haven where he converted to Christianity, got swept up in the missionary fervor, and went to a school run by missionaries in Cornwall. He ended up dying at 26 in Cornwall before he could return to Hawaii to spread the Good Lord’s word. His remains were transferred to Hawaii in 1993 where they’re in a vault facing the seat at Kahikolu Church in the town of Nao’opo’o, Kona on the Big Island. (Might be worth a visit.)

Overall, I’m finding  Vowell’s book a good preparation for Hawaii (both in understanding Hawaii’s  history and culture and in figuring out what to see  there) and a good read, although it is definitely not your typical historical tome, punctuated as it is by Vowell’s  rambling digressions, oft-witty asides and commentary linking the past and present, plus her apparent disdain for organizing her dense copy into chapters.  (I’m half way through and so far the book is one very long chapter.)

Williamstown Mass – where to stay, eat, what to do

It rained most of our day in the Berkshires but we still enjoyed the scenery. First stop Great Barrington where what Rubiner could resist a visit to Rubiner’s Cheesemongers – an artisanal cheese shop in an old bank on the main drag owned by a cousin of mine.  The cousin wasn’t around – and there wasn’t any cornbeef for the “Rubiner Sandwich” (no joke) served in the Rubi cafe behind the cheese shop but we enjoyed our visit – eating two sandwiches in what appeared to be the former bank’s boardroom, now the cafe. Also dropped in at a clothing store I liked last time I visited several years ago – and bought a few things on sale.

In Williamstown, we stayed at the River Bend Farm B&B, a very unique place located right beyond the Williams College campus. Run by two free spirits, it’s a meticulously restored 18th century house – plus modern day amenities like plumbing and heat. There are only four rooms, only two occupied and we had the place largely to ourselves – staying on the ground floor in what was the parlor, a lovely room with plastered ceilings, old moldings, wrought iron chandelier, fireplace. Next door was the kitchen – which looked like something out a living history farm with a big stone hearth with iron implements and dried herbs hanging on the wall. The bathroom was unique too – dark wood with big old pots on shelves (and a well-functioning shower.) Breakfast was good – homemade granola, muffins, jams. Definitely would return!

We splurged at Mezze for dinner, a white- tablecloth restuarant whose chef is known for his locally-sourced ingredients. We had a very good pork dish and pasta with a pork, beef, sausage ragu.Another keeper.

En route to the Berkshires on Highway 7 in Connecticut we stopped briefly in the pretty village of West Cornwall – where we crossed a covered bridge above a raging river (truly – the rivers were all raging thanks to Irene and causing havoc in many places.)